In the late 1950’s and through the 1960’s the world was caught up in the race for space. NASA was formally created in 1958 replacing another federal agency. NASA’s headquarters in Langley, Virginia is a large complex of buildings and labs. The complex math required for space travel and flight was all done by hand in the 1960's by hundreds of hired human computers. One section of one building on the campus was reserved for africian-american women working as human computers.

These women worked very hard on projects they were given no details about. They were treated as second class in almost every way. When they went to the dining room a sign was placed on a table that read “colored computers.” They boldly endured the discrimination and many of them paved the way for more equiatable treatment for all.

A movie has been produced called “Hidden Figures” that tells the story of three of these women. I thoroughly enjoy the story of Dorothy Vaughan who recognized very early that they would one day be replaced by computers and that if they wanted to keep their jobs they should be the first ones to understand how to use the computers. In the early 1970’s most of NASA’s human computers were being replaced by the large electronic computers that were developing quickly.

During this pandemic I have thought of Dorothy Vaughan a few times. The nation's jobs and classrooms are evolving and it’s important that we keep pace. The flexibility and versatility of the world’s schools are being stretched to their maximum capacity. Those that innovate and adapt will pave the way for the next generation of educators. I know you’ve all had to learn some new tricks and I know your flexibility has been a blessing to our students.

Thanks for being good students as well as teachers,

Perhaps the most celebrated of NASA’s human computers was Kathrine Johnson who passed away this year. She was awarded the Presidential Medal of Freedom and now has a statue at West Virginia University. 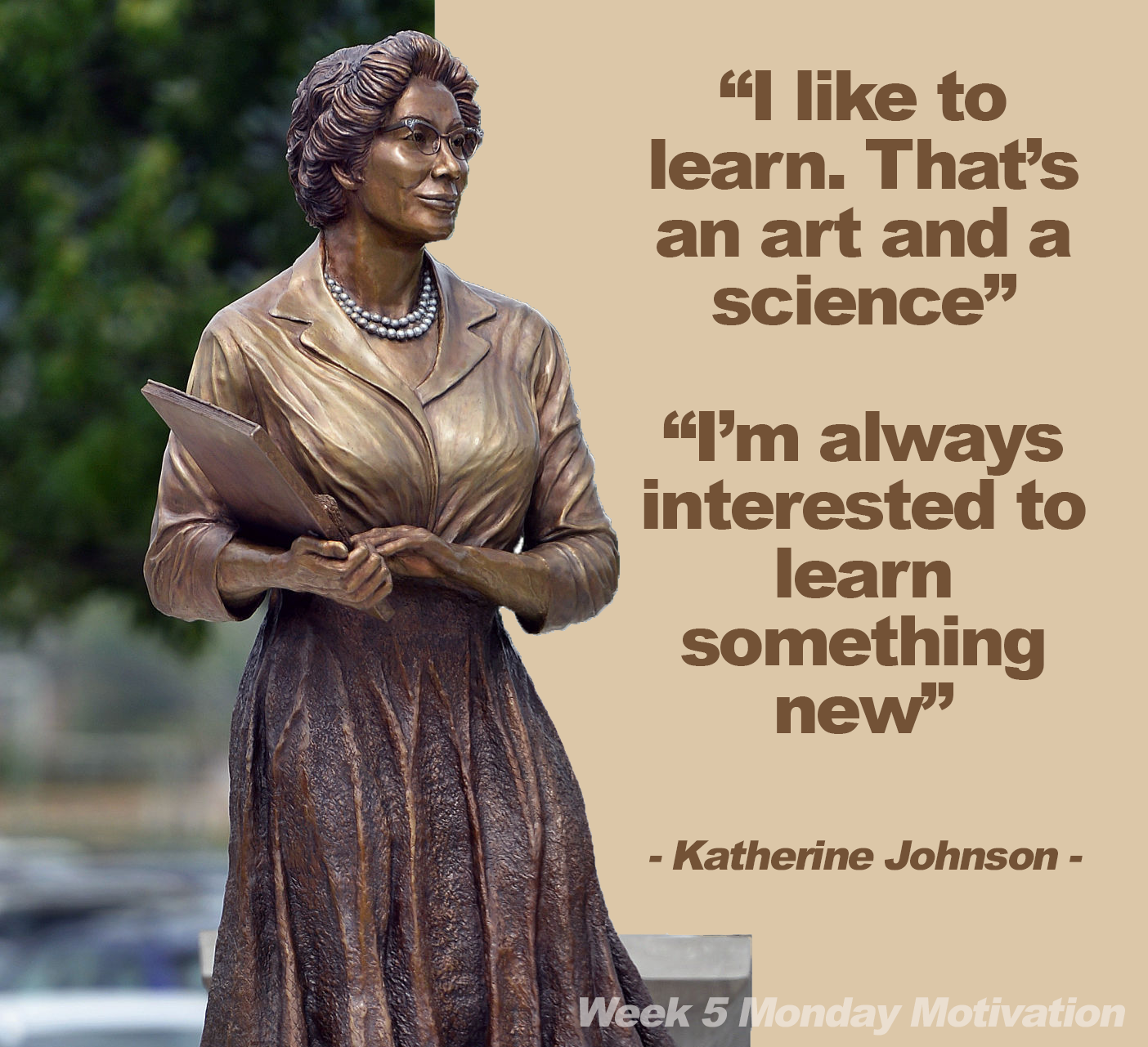