Even if you don’t recognize the names Richard Rodgers and Oscar Hammerstein II you would certainly recognize the sound of their work. Rodgers and Hammerstein were one of the greatest partnerships ever in musical theatre. They wrote the classics Oklahoma!, Carousel, State Fair, South Pacific, The King & I, Cinderella, and The Sound of Music.

In the middle of their partnership their wives (Both named Dorothy) convinced them to write The King and I after a request from a shared friend. The story is based on a book which is based on the actual experiences of Anna Leonowens in Siam. Anna, a British teacher, traveled to Siam to teach the King’s children and wives.

Though much of the play and storyline is fictionalized there are many connections to Anna’s actual experiences. King Mongkut of Siam was actually very well educated himself and wanted his children to be educated in western ways. The play and movie were actually banned in Thailand because they did not appreciate the depiction of the King as not being as smart as the British teacher Anna. King Mongkut’s legacy is considered a success in part because it proved wise to have his children receive a more diverse education.

In the musical Anna introduces the popular song Getting To Know You by saying...

“It's a very ancient saying,
But a true and honest thought,
That if you become a teacher,
By your pupils you'll be taught.”

And then she sings to her students…

“As a teacher I've been learning
You'll forgive me if I boast
And I've now become an expert,
On the subject I like most.
Getting to know you.”

Getting to know and being taught by our students is the most fun part of being a teacher and being involved in schools. It’s certainly more difficult to do now, but just as necessary.

Thank you for knowing our students and supporting their needs, 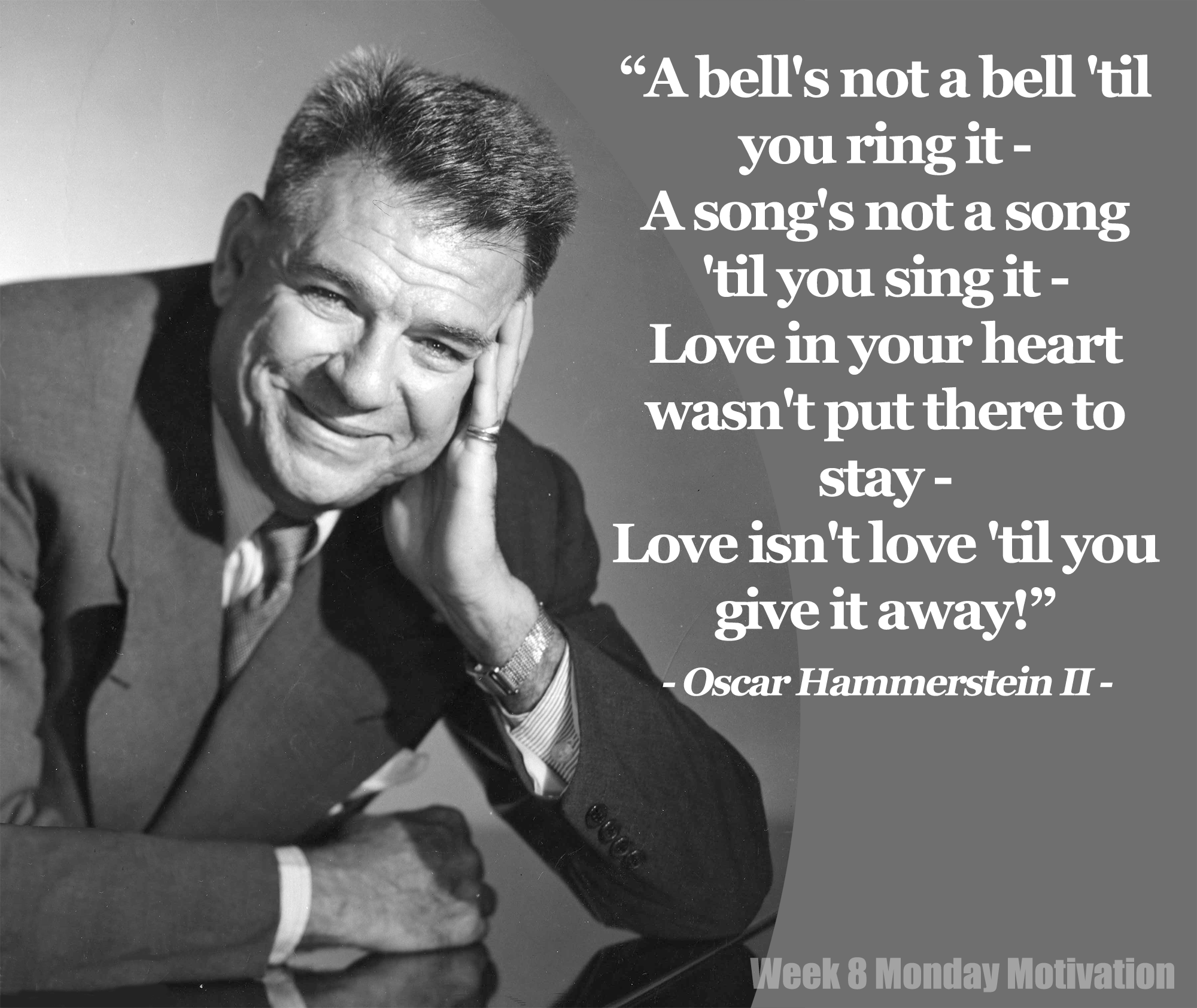