I’m sure many of you had a chance to watch some of the Superbowl yesterday. It was a little disappointing for Kansas City fans and thrilling for Tom Brady fans. Not much for Utah ties on the Tampa Bay Buccaneers side, but the Kansas City Chiefs have several Utah ties. Several players and coaches are either from Utah or attended college in Utah. The head coach, Andy Reid, was an offensive lineman for BYU. One of the coaches has ties pretty close to Piute County. Porter Ellett from Wayne County works for the Chiefs as the Offensive Quality Control coach. That position puts Porter in the boxes above the field instead of on the sideline. For several years before this year Porter worked closely with the head coach on the sideline and some southern Utah fans grew accustomed to seeing him there.

Most of you have probably heard Porter’s story many times, some of you are perhaps Kansas City Chiefs fans because of Porter. Porter lost the use of his right arm after an accident when he was just 4 years old. The accident nearly killed him and years later he decided to have the arm removed. After the accident he learned to do everything with his left arm. What makes Porter’s story so remarkable is that he really did learn to do almost “everything” with his left arm. Everything including competing in high school baseball, basketball, Cross Country, and Track. Not only did he play, but he played well. Well enough to make 1A All State in Baseball and Basketball.

Porter was just a couple years younger than me and I remember our basketball coaches telling us not to treat him any different than anyone else. In fact, we were told to take advantage of his missing his right arm and force him right. Porter was good enough at the game to expect that treatment and had a plan for it. Porter was an accurate pitcher and a threat when he got up to bat. Just watching him play was impressive and humbling.

When Porter started working for the Chiefs, head coach Andy Reid enjoyed referring to him as his “left hand man.” Many parts of Southern Utah have enjoyed becoming Chief’s fans in order to see a familiar face on the sidelines.

If you haven’t heard Porter’s story before you might be interested in this video that tells the story well. https://www.youtube.com/watch?v=9pOgKfmaygc&t=1s 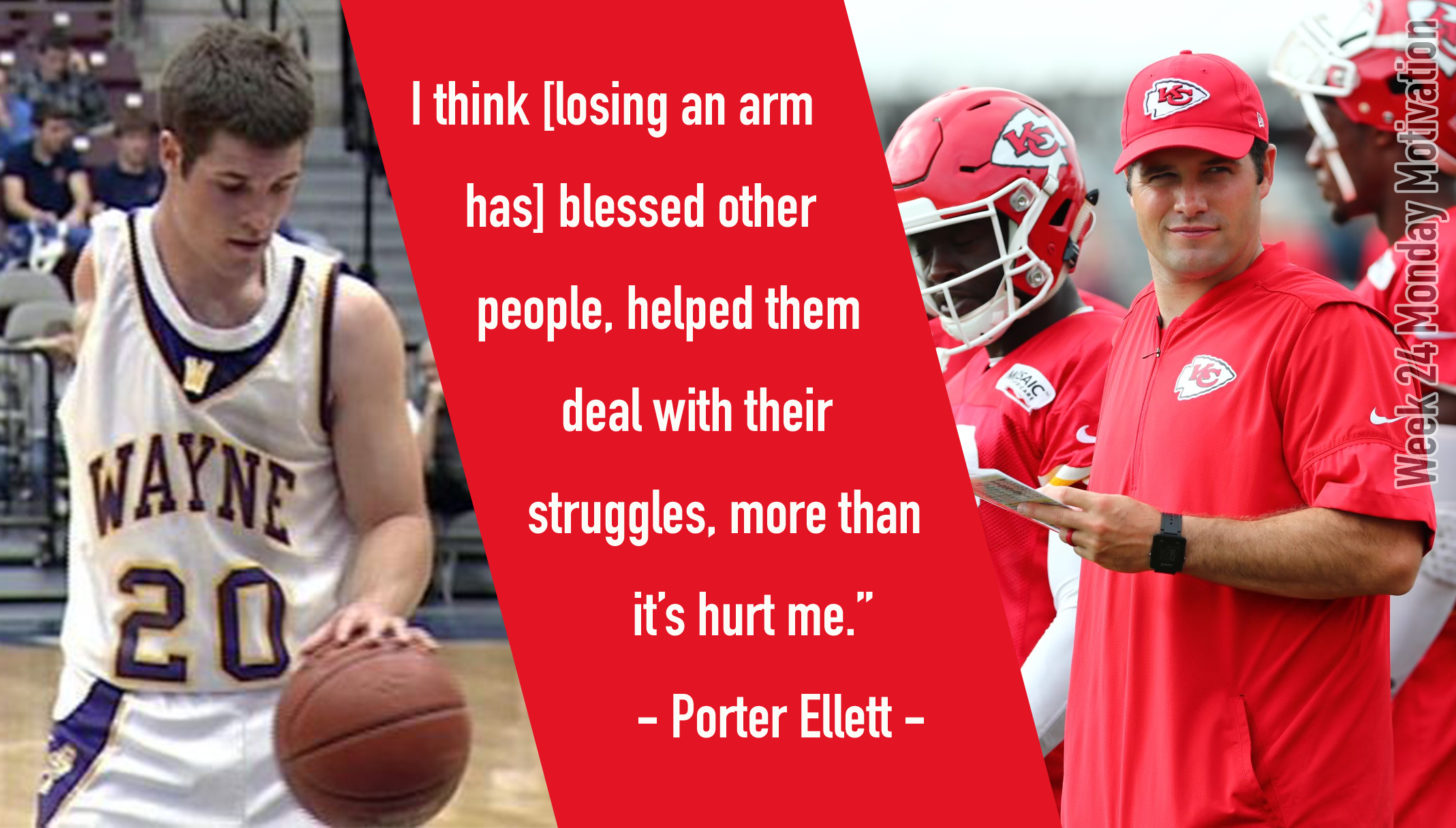