I hope everyone has had an opportunity to watch (Live or online) our winter sports teams perform. All of our teams are doing a great job and have great prospects as we move into the final weeks of the winter season. In the spring last year it was difficult to have students not able to compete. High school sports are a once in a lifetime opportunity. As we age our physical abilities become more limited. In my “old man morning basketball group” participants occasionally show frustration about not being able to will their bodies to do what they used to be able to in high school.

There is a story of a famous composer and pianist that dealt with a similar frustration. He was one of seven children, but only one three that survived to adulthood. His grandfather was a prominent singer and his father taught him the violin and the keyboard. He was unquestionably talented, but his parents knew that becoming a famous musician required more than just talent.

They advertised him as a child prodigy and claimed he was younger than he actually was to make his performances seem more impressive. The promotions worked and he was noticed by skilled musicians, composers, and tutors. He was given the opportunity to study music under  some of the most skilled musicians of the era. The study was very rigorous and sometimes involved him being pulled from his bed to the keyboard.

He quickly fulfilled his parents prodigy aspirations. In the early 1800’s his compositions were becoming commonplace all over Europe. His concert performances were an expensive treat. But at the young age of 28 he noticed he could not hear as well as he could in the many hours of training as a teenager. By the time he was 42 his ability to hear was making it nearly impossible to do a concert performance. He discovered that he could perceive the sound of the piano through its vibrations. He would run a rod from the piano to his jaw. The vibrations to his jaw caused a bone conduction of the sound to his ear allowing him to perceive the sound.

Despite Ludwig Van Beethoven’s innovations it must have been difficult to be a famous composer and not be able to hear his works played. In the midst of his battle with hearing loss he said “I am resolved to rise superior to every obstacle, with whom need I be afraid of measuring my strength? I will take fate by the throat. It shall not overcome me.”

Our students face difficult obstacles, but none that they cannot rise superior to. We need not be afraid of measuring our strength to help them. We have the tools and the skills to help them overcome their obstacles. Thanks and have a great week.

Here is a sample of one of Beethoven’s most recognizable symphonies. 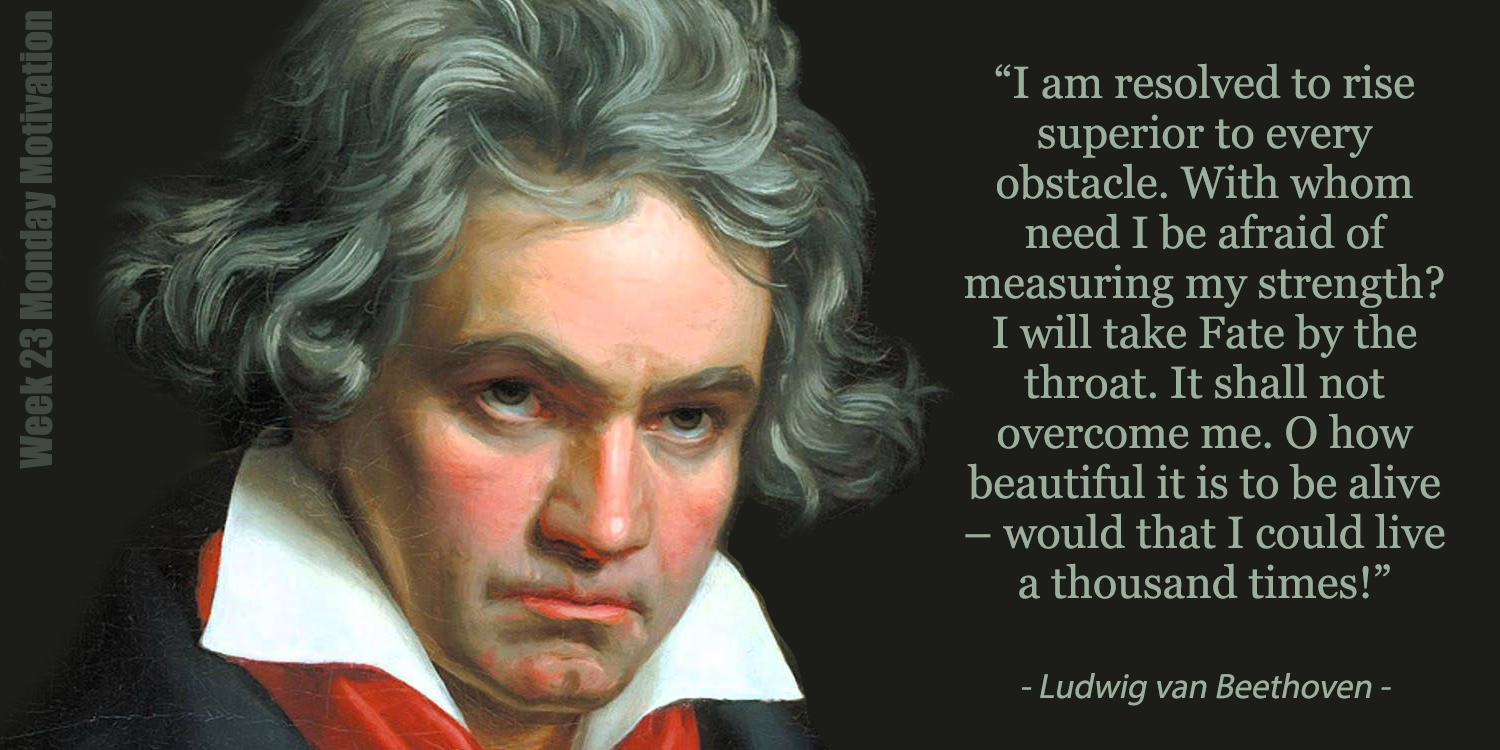